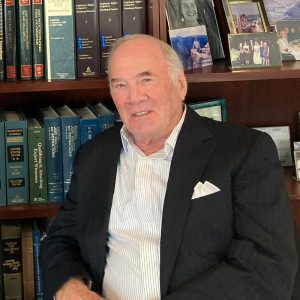 Robert is a University of Florida graduate and earned his J.D. from New York University School of Law in 1970. He has received an AV rating from Martindale Hubbell which represents their highest standard for legal ability and ethical standards. He has also been recognized by Lawyers of Distinction for excellence in asset recovery and corporate liquidations.

As a result of his work on liquidations and collection work, Robert also has a great deal of experience and expertise in asset recovery work. In recent years, he has recovered millions of dollars in unintentionally abandoned assets for corporate clients.

Contact the Poulson Law Offices Today for a Free Consultation